Where Do Most Car Accidents Occur?

A car accident can happen anywhere: on the way to work, in a grocery store parking lot or your own neighborhood. Some places are more likely to become the settings of car accidents in Denver than others, however. Staying vigilant while driving in the most common places where accidents occur could help you avoid a collision. If you do get into an auto accident in Denver, find out how an accident lawyer may be able to help. 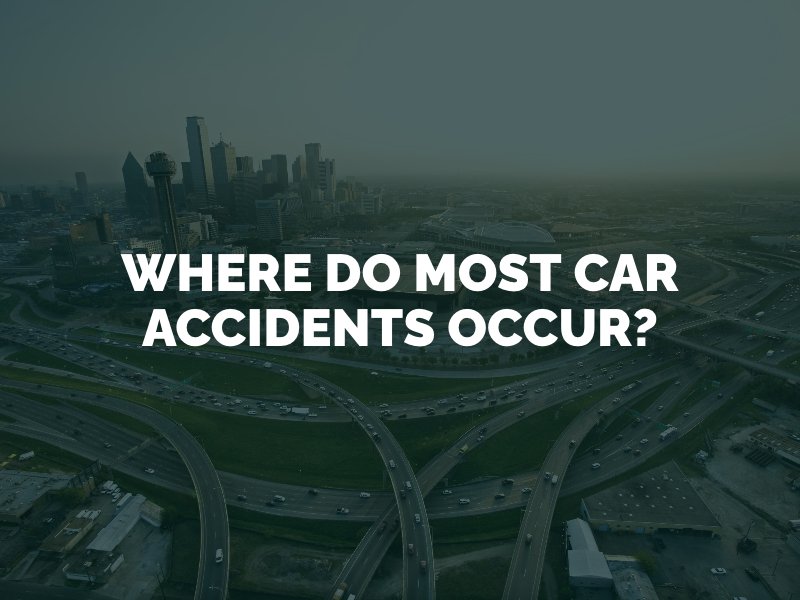 According to statistics from the Colorado Department of Transportation, the difference between the number of fatal car accidents on rural vs. urban roads reversed from 2008 to 2017. From 2008 to 2011, more fatal accidents occurred in rural areas in Colorado. From 2011 to 2013, the numbers were relatively even. Then, from 2014 to 2017, fatal accidents in urban areas outnumbered those in rural areas. In 2017, 369 deadly car accidents in Colorado occurred in urban areas while 277 occurred on rural roads.

Parking lots require a great deal of driver attention to navigate safely. Unfortunately, many drivers are negligent or distracted while operating in parking lots. They may speed, cut pedestrians off, back up without looking, ignore parking lot rules or drive the wrong way. Parking lot accidents between two vehicles may not be serious due to low operating speeds, but they can still cause expensive property damage. If a parking lot accident involves a pedestrian, the damages could be severe.

Highways are common places for fender benders and catastrophic car accidents alike. Fender benders are more frequent than serious highway accidents, however, in Denver – especially during rush hour with heavy traffic. A driver could cause a fender bender by tailgating, following too closely, making an unsafe lane change, speeding or driving while distracted. Rear-end collisions on highways often cause whiplash and head trauma. A catastrophic collision could also take place on a highway, such as a commercial truck accident, wrong-way crash or pileup.

Numerous studies have shown that a high number of car accidents occur close to the victim’s home. One scientific study analyzed over 3,000 injured crash victims and found that 88% were in accidents within 10 miles of home. This phenomenon happens for a few reasons. One is that pedestrians and cyclists are likely to be walking/biking closer to home. Another is that many drivers go into autopilot or become more complacent behind the wheel when they get close to home. They may not pay as much attention to the road. Accidents near home are also frequent due to drivers backing out of their driveways without looking.

How a Car Accident Lawyer Can Help

If you were injured in a car accident on the highway, in a parking lot, on an urban road or anywhere else in Denver, Colorado, contact a Denver car accident attorney for assistance. An attorney can help you with the claims process, including negotiating with an insurance company on your behalf. Your lawyer can identify the correct defendant(s), file your claim in Denver and fight for maximum compensation for your damages. No matter where your car accident occurred in Colorado, speak to a lawyer for information about your rights.