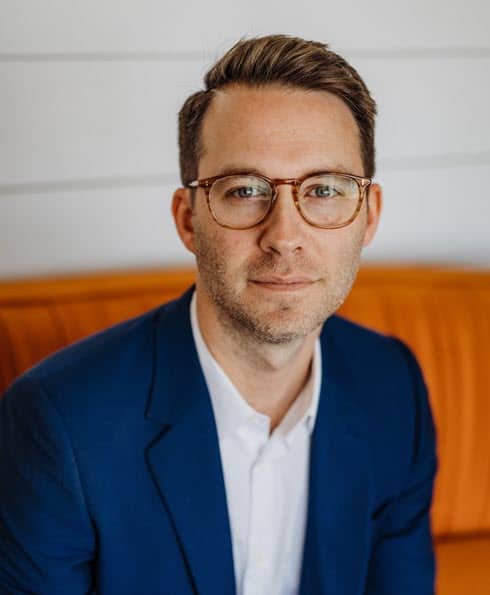 A third-generation attorney, Ryan has long understood the importance of being an advocate for someone in their time of need. After growing up in Florida and attending Florida State University for both undergraduate and law school, Ryan began his legal career as an assistant district attorney. During his five years at the DA’s office, Ryan took 26 felony cases to jury trial. For Ryan, winning a jury trial was the pinnacle of being an attorney – the culmination of hard work and preparation resulting in a desired outcome. Curious to experience things from the other side, Ryan worked as a criminal defense attorney for a year after leaving the prosecutor’s office.

After living in Florida almost 30 years, Ryan was ready for a change in scenery. Having visited Colorado about five years prior for a snowboarding trip, he knew exactly where he wanted to go to beat the Florida heat. So, Ryan and his wife, Leah, – and their two dogs and two cats – headed west. Eager to challenge himself and continue to learn, Ryan decided that he would make the switch from criminal law to civil law. For the three years preceding joining The Fang Law Firm, Ryan worked at Allstate Insurance Company. Over those three years, he gained experience in civil litigation, representing the insurance company in bodily injury lawsuits, and, most importantly, learning the system from the inside. Ryan saw many injustices in his time with Allstate and knew the best way to fight back would be to represent injury victims as a plaintiff’s lawyer.

Ryan has always been committed to ensuring that justice be done – formerly for victims of crime, and now for victims injured by another party’s negligence. His experience in the courtroom as well as everything he learned working for the insurance company makes him a powerful advocate for those seeking fair resolution of a bodily injury claim. When he’s not fighting insurance companies, Ryan enjoys hiking, skiing, listening to music, and of course, spending time with his wife and pets.