What Is an Anoxic Brain Injury? 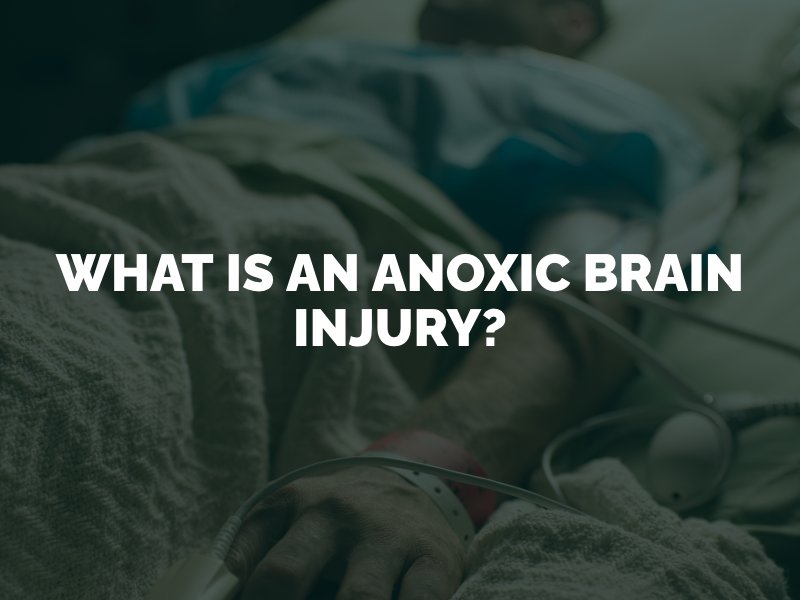 What Does Anoxic Brain Injury Mean?

Brain anoxia describes a total lack of oxygen flow to the brain. It is a step up from brain hypoxia, which is a diminished supply of oxygen. Both an anoxic and a hypoxic brain injury could affect a victim for life by permanently damaging the brain’s cells. Oxygen deprivation to the brain even for a few minutes can lead to irreversible brain cell damage and long-lasting symptoms for the victim. After about four minutes with no oxygen, the brain can sustain a permanent injury through total brain cell death.

What Are the Symptoms of an Anoxic Brain Injury?

Most victims notice the signs of an anoxic brain injury right away. Total loss of oxygen to the brain is a severe injury that generally shows immediate symptoms. Some patients, however, may have delayed symptoms. You or someone you love might have an anoxic or hypoxic brain injury if you notice certain symptoms after an accident.

See a doctor immediately after any type of incident that affects the head or brain, including traumatic accidents as well as losses of oxygen. A doctor could diagnose and treat an anoxic brain injury even before you notice symptoms. Prompt medical care could save your life.

What Can Cause an Anoxic Brain Injury?

Anoxic brain injuries can arise any time an incident disrupts the flow of blood or oxygen to the brain. Stagnant anoxia occurs when something prevents blood – which carries oxygen – from reaching the brain. A stroke is a common cause of this type of anoxic brain injury. Anemic anoxia arises from blood that does not carry enough oxygen. Toxic anoxia can arise from poisons that impact the brain’s ability to retrieve oxygen from blood cells. Finally, anoxic anoxia comes from a lack of oxygen available in the air.

Both traumatic and acquired brain injuries can result in anoxic brain injuries. If a car accident disrupts the flow of blood to the brain, for example, this traumatic accident could cause brain anoxia. Common causes of brain anoxia include blunt force trauma, medical malpractice, anesthesia and intubation errors, birth injuries, misdiagnoses, accidental poisoning, drowning, suffocation, strangulation, asphyxiation, smoke inhalation, choking, and low blood pressure from blood loss. If negligence causes an anoxic brain injury, the victim may have grounds to file a personal injury claim against the at-fault party with help from a brain injury attorney.

How a Lawyer Can Help With an Anoxic Brain Injury Case

A personal injury lawyer in Denver could help you as a victim or family member of someone with an anoxic brain injury claim. A claim can hold one or multiple parties accountable for causing a serious brain injury. If your lawyer can find signs of negligence in relation to the anoxic brain injury, such as a physician’s mistake or lack of adult supervision at a pool party, your lawyer can go up against the at-fault party for you in pursuit of damages.

An anoxic brain injury claim could pay you for related expenses, including lifelong medical bills, surgery costs, doctor’s appointments, lost quality of life, permanent disabilities and lost wages. It is important to hire an attorney to help you win as much money as possible for an injury as serious as one to the brain. A lawyer can help you prove liability and negotiate for maximum compensation for an anoxic brain injury.