What is Admissible Evidence?

All court cases involve parties showcasing evidence to prove their side. To ensure that trials are fair, only certain kinds of evidence are considered “admissible.” In general, admissible evidence is anything that is relevant to the case, material, and competent. Therefore, if you have evidence of your claim that does not fall into all three of these categories, that evidence may not be admissible to the courts.

Before consulting with a Denver injury lawyer, it may help to learn what types of evidence are considered admissible. Here is more information about admissible evidence. 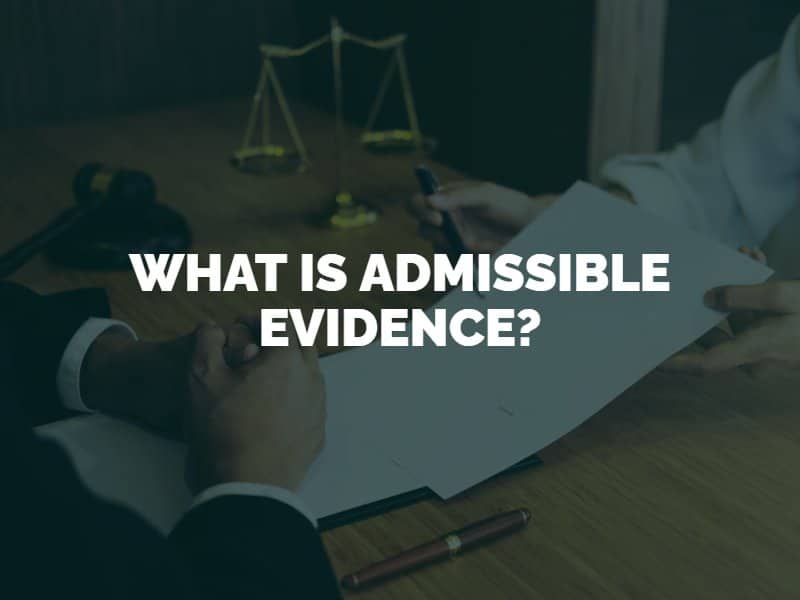 Testimonies Are Not Always Admissible

When a person gets on the stand and responds to questions regarding a claim, they are giving their testimony. This testimony can sometimes be deemed admissible, but there are a number of rules that apply to moderate testimonies. These rules are necessary because, quite often, people who give testimony have bias or memory problems that lessen the accuracy of their statements.

For example, when someone testifies about something that they heard in an area other than the court, that testimony may be classified as “hearsay.” In general, hearsay evidence is inadmissible because it is not seen to be nearly as reliable as statements made under oath in court.

Testimony that speaks to a person’s character features similar issues. When someone tries to claim that a person would or would not do something based solely on their character, their bias or lack of knowledge prevents the evidence from being admissible in many cases. Usually, the testimony must directly identify whether a person really did something or said something.

Find out if Your Evidence is Admissible

It can be difficult to build a successful personal injury claim if you do not have certainty that the evidence you plan to use is actually admissible. Having an attorney assess the details of the evidence before you go to trial can help you determine whether the evidence you have will be accepted by the courts. You can start this process by reaching out to The Fang Law Firm for a free case evaluation.