What Is a Release in a Settlement?

The majority of personal injury cases in Colorado end with settlements, or legally binding agreements between a plaintiff and defendant (or more often, the defendant’s insurance company) to resolve a legal dispute for a certain amount of money. When a settlement is reached, it is accompanied by a release of liability form. This document releases the defendant from any further liability – meaning the plaintiff cannot pursue any further legal action after signing. 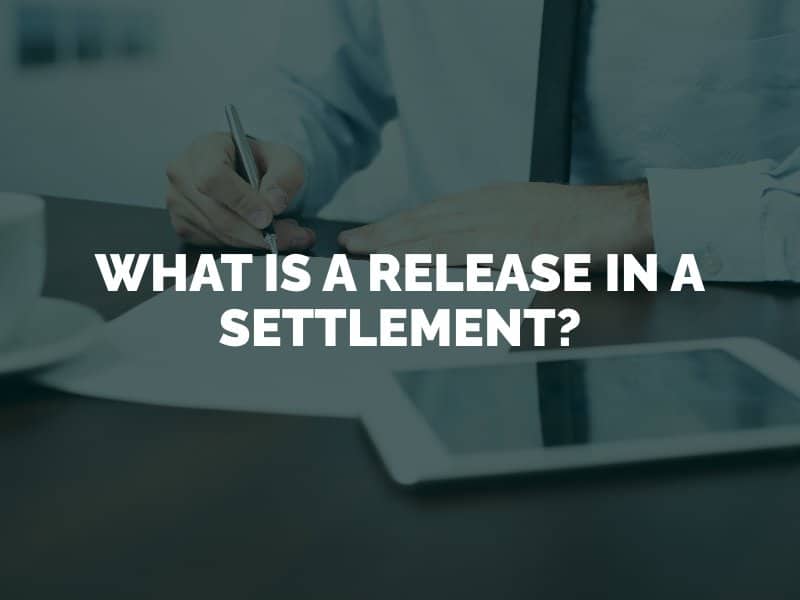 What Is the Release of Claims Form?

When two parties reach a settlement at the end of a personal injury claim, the plaintiff is asked to sign a release of all claims form, also known as a liability waiver. This legal document states that once signed, the defendant is released from any further liability for the plaintiff’s injury or damages. It is signed in exchange for the plaintiff receiving a settlement of an agreed-upon amount of money to resolve the legal dispute.

Once the release is signed, it is legally binding. This means the plaintiff typically cannot go back or renegotiate for a higher settlement amount after signing. This is true even if the plaintiff later discovers that his or her injuries are more serious than initially believed or that the plaintiff will require further medical care. After signing a release of liability waiver, the defendant is released of all future legal culpability for the plaintiff’s losses.

What Should You Do Before Signing a Release Form?

Due to the permanent nature of a release of liability form, it is critical to be sure that a settlement is just and fair before signing as a plaintiff. Signing too early could take away your ability to recover fair financial compensation from the defendant, with no legal means of reopening your case. If you are suing someone for negligently causing an injury in Colorado, take the following steps before signing a release form:

An attorney can review the language of the release form and make sure you aren’t signing anything that infringes upon your rights. Your lawyer will also ensure that everything that should be accounted for is present in the liability waiver.

Is it Possible to Reopen a Closed Case After Signing a Release?

Once you sign a release form, you typically cannot reopen the case. One of the only exceptions is if there is proof that the settlement was entered into in bad faith, such as due to fraud by the insurance company. If you don’t agree with the liability waiver or aren’t sure if the amount offered is fair and reasonable, don’t sign. Protect your rights by consulting with an experienced accident attorney first.