Preventable truck accidents take thousands of lives in the US every year. In 2018 alone, 4,862 trucks were involved in fatal traffic collisions, according to data from the Federal Motor Carrier Safety Administration (FMCSA). Truck driver fatigue is a significant cause of catastrophic and fatal trucking accidents. Fatigue refers to extreme tiredness or exhaustion – a state that makes it unsafe to operate a commercial motor vehicle. If truck driver fatigue caused your recent accident, the trucking company may owe you compensation. 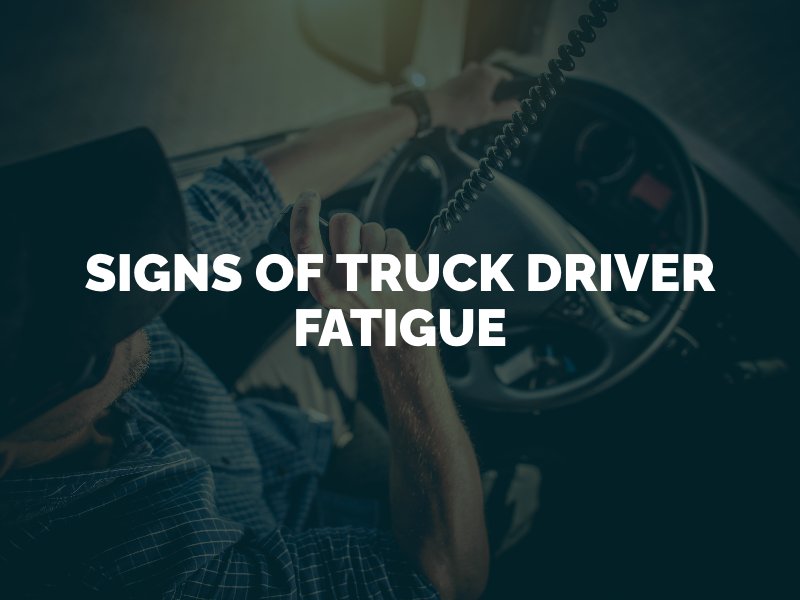 Truck drivers are also more likely to drive fatigued due to the nature of the job. Long hours spent alone on the road can increase the risk of drowsiness. Some truck drivers turn to stimulants to stay awake, such as coffee, energy drinks or drugs, only to experience a dangerous drop in energy later. Finally, truck drivers are prone to sleep apnea and other sleeping problems due to strange sleeping schedules, obesity, poor health habits and smoking. Sleep apnea can interrupt a good night’s rest and increase fatigue during the day.

A truck accident involving a fatigued driver could be catastrophic for victims. Drowsy driving collisions often include speeding, lack of braking and a driver crossing a median into opposite-direction traffic. These are circumstances that can exacerbate the severity of a truck accident in Colorado. If you were injured in a truck accident and believe truck driver fatigue played a role, take certain steps to protect your rights.

An attorney who specializes in truck accidents could help you investigate the accident and obtain evidence of truck driver fatigue. Information from the truck’s black box, for example, could show proof of speeding or lack of brake use, while an electronic logging device could show that the driver exceeded his or her hours of service regulations. A Denver injury attorney can gather key evidence for a case against the driver or company on your behalf.

Who Is Responsible If a Driver Is Fatigued?

Colorado is a fault-based car accident state. This makes it necessary for injured crash victims to determine the at-fault party before recovering compensation. You may assume a truck driver would be liable for an accident caused by truck driver fatigue. While it may have been the driver who specifically caused your crash, the rules of vicarious liability make the driver’s employer liable for your damages. Thus, trucking companies are responsible for truck driver fatigue, in most cases.

It is a trucking company’s responsibility to properly train its drivers, including requiring them to obey the FMCSA’s hours of service regulations. Truck companies should not encourage their drivers to exceed the number of accepted hours on the road to make deadlines or meet goals for bonuses. These are examples of negligence that could make the trucking company responsible for a related wreck. The company could also be vicariously liable for the negligence of its truck drivers – including a driver who drives while fatigued.

Contact a lawyer near you for help determining or proving fault for an accident caused by truck driver fatigue in Denver.