What Are Defenses to Personal Injury Claims?

If you are considering filing a personal injury claim against a negligent party, you should only do so if you believe you have a real chance of winning. Defendants often have capable lawyers who understand how to fight claims against their clients, so you will need to understand what defenses they could use to limit the defendant’s liability. 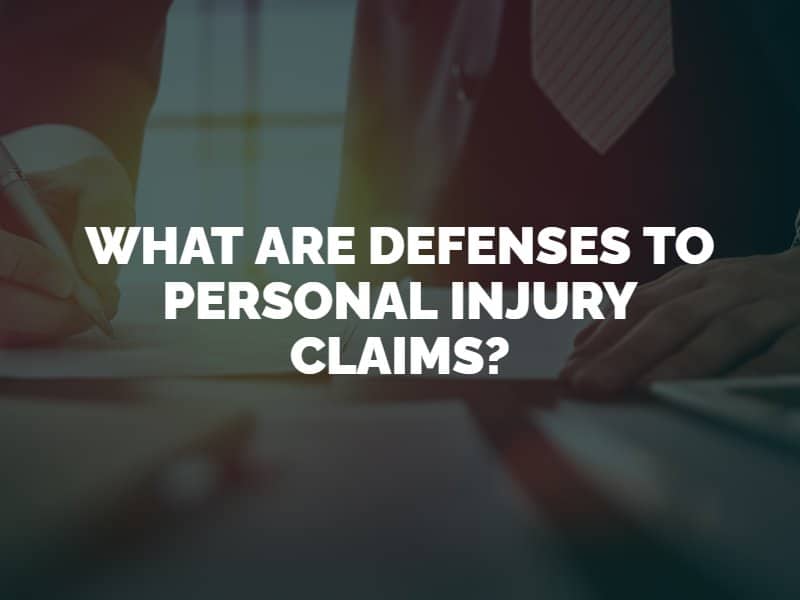 In personal injury claims, particularly those that involve car accidents, defendants often claim that the plaintiff is at fault for causing their own injuries. The legal term for damage that a person causes to themselves is contributory negligence. Under this legal theory, defendants argue that their negligence did not result in the plaintiff’s injuries; instead, the injuries were an outcome of the plaintiff’s failure to exercise caution and care.

As an example, consider an instance where the plaintiff in a car accident case was clearly distracted by their passengers when an accident occurred. While someone else may have struck them, the fact that they were distracted can be used as a defense to claim that they could have avoided the accident if they were not distracted.

Your Condition was Pre-Existing

A personal injury claim aims to recover compensation for damages that arose following an accident that caused the plaintiff injury. Yet, if the defendant can prove that your injuries were not caused by the accident, they can get away with paying you less. For this reason, defendants, such as insurance adjusters or attorneys, will levy disputes that target the injuries you claim to have. They will also ask when your injuries occurred.

You Were Engaged in Dangerous Behaviors

Sometimes defendants argue that the plaintiff in a personal injury case was completely aware that the activity they were engaged in was dangerous. There are laws that state that defendants may not be fully liable when a plaintiff willingly accepts the risks involved with engaging in certain activities. Though, this defense often fails if the plaintiff can prove that they were not aware of the actual risk involved in the activity. Although even if the plaintiff was aware of the risks, there is a chance you can argue that you did not accept that risk voluntarily.

You Deserve a Fair Chance at Claiming Compensation

The negligent party who caused your accident has the right to defend themselves from your claims. You also have the right to dismantle their defense and continue seeking compensation from them. To exercise this right fully, have a lawyer from The Fang Law Firm represent you in your claim. You can get in touch with a representative by contacting us.