Every state in the US has some version of a move-over law. These laws are in place to help keep roadside assistance workers, including police officers and first responders, safe while they render aid to others. If a driver in Colorado fails to obey the state’s move-over law, he or she could face a traffic ticket and a fine. If that driver causes an accident with a serious injury or death, the driver could face more severe ramifications – including jail time. 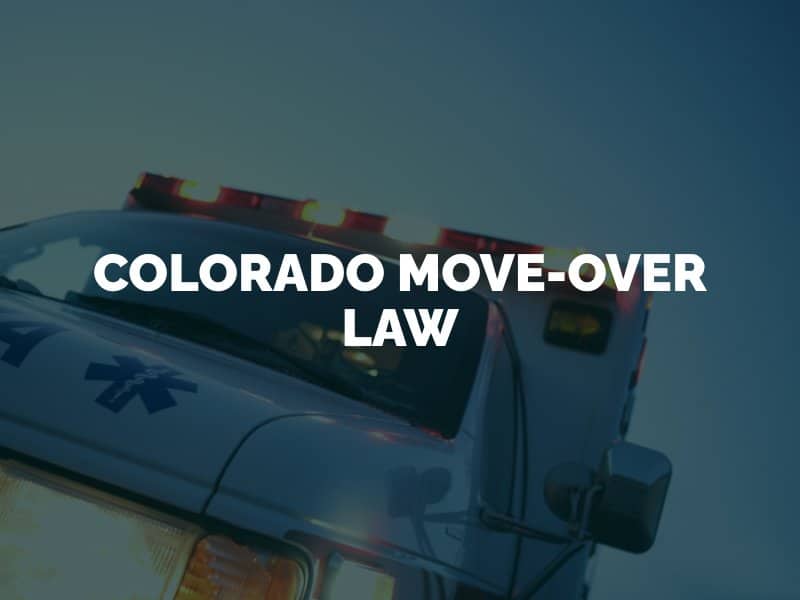 What Is Colorado’s Move-Over Law?

Drivers in Colorado must also immediately yield the right-of-way and move to the farthest right-hand lane available, if possible, when approached by emergency vehicles using their audible or visual emergency signals. Drivers must stop in these situations and remain halted until the emergency vehicle has passed.

These laws are in place to protect emergency workers, first responders, police officers, state troopers, tow truck drivers, public utility workers and other roadside assistance workers. Move-over laws give stopped vehicles and their drivers a wider berth between them and dangerous highway traffic. These laws were passed due to the alarmingly high number of injuries and deaths from collisions with vehicles and workers stopped on the side of the road.

What Are the Penalties for Failing to Move Over in Colorado?

Breaking Colorado’s move-over law is a class A traffic infraction. A driver who fails to move over or slow down for a stopped emergency vehicle is guilty of careless driving. This is not a crime that will come with criminal charges, but it is a moving violation that can result in a fine. The fine in Colorado for failing to obey the move-over law ranges from $15 to $100, plus a surcharge. This infraction may also lead to points added to the driver’s license.

If the driver causes a bodily injury to another person by failing to move over or slow down, it is a class 1 misdemeanor in Colorado. This is punishable by a minimum sentence of six months in jail and/or a $500 fine and a maximum sentence of 18 months in jail and/or $5,000 in fines. If the accident results in death, it is a class 6 felony, punishable by one to two years’ imprisonment and/or a fine of $100 to $100,000.

Colorado’s move-over law could play a factor in a car accident or truck accident lawsuit. Breaking this law is an act of negligence – a breach of a driver’s duty of care that can cause injuries to others. If a driver negligently fails to obey the move-over law and this causes a traffic accident, that driver will be civilly liable for damages under Colorado’s fault-based insurance law. This law holds the person or party at fault for an auto accident financially responsible for a victim’s injuries and related losses, including medical bills and vehicle repairs.

Breaking Colorado’s move-over law is generally enough evidence to prove a driver civilly liable for a car or truck accident. If you need assistance proving your case against a careless or reckless driver in Colorado, consult with a personal injury attorney in Denver. An attorney can help you collect evidence of fault, such as an official police accident report, a citation given to the driver for breaking the move-over law and eyewitness statements. Your attorney can help you negotiate for maximum financial compensation for your related losses.