Car fires can be traumatic. A vehicle catching on fire while in use or parked could lead to serious burns and even fatalities.

According to the U.S. Fire Administration, about one in eight fires that require fire department responses is a car fire. This does not include the thousands of car fires at crash sites. From 2014 to 2016, 171,500 highway vehicle fires caused 1,300 injuries and 345 deaths. Answering a few frequently asked questions about car fires could potentially help you prevent one, or at least respond to one correctly. 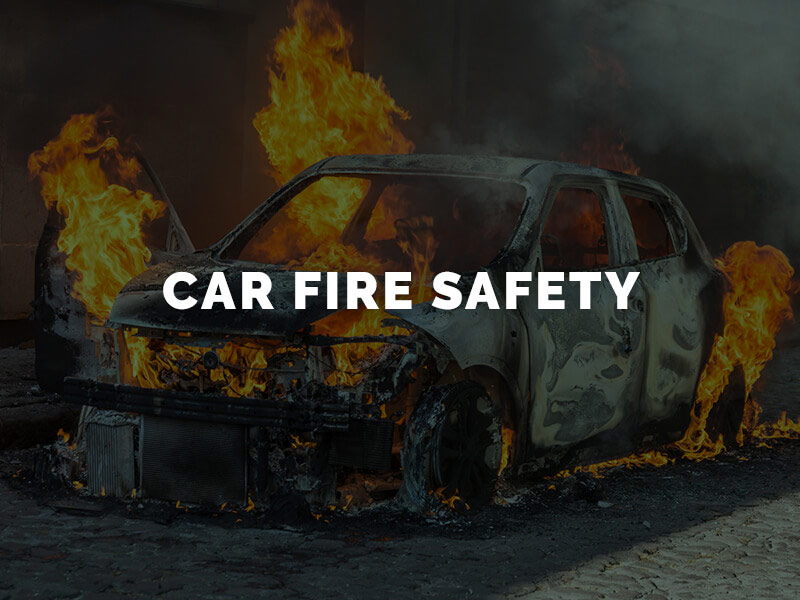 How Does a Car Catch on Fire?

Most car fires (93%) originate within the car. The second most common location is the passenger area of the vehicle (12%). Sixty-two percent (62%) of car fires originate in the engine, wheel area or running gear of the car. Other common origins for car fires are the cargo area, fuel tank, fuel line and exterior of the vehicle. Cars can catch on fire due to the heat of the engine, often goaded by poor vehicle maintenance and/or negligence.

When the engine of a car runs, it generates a great deal of heat. Heat from powered equipment is behind 63% of car fires in America. Generating heat could ultimately cause a car to catch on fire if the heat reaches flammable materials or liquids, such as gas, oil, tires, insulation, trash or fabric. Electrical failure and problems such as a short circuit could also lead to a car fire if the sparks catch on flammable items.

What Could Cause a Car Fire?

The U.S. Fire Administration reports that unintentional action is the main cause of vehicle fires (38%). These actions can include careless behaviors from drivers or passengers or accidental actions. The administration no longer records information about car fires suspected to be intentionally started. It is also challenging for the administration to identify the cause of all car fires, leading to 23% listed as Undetermined Cause. Hot or smoldering objects, as well as sparks from friction (such as overheated tires), could cause a car fire. Other common causes of car fires are vehicle equipment failures, heat sources, vandalism, exposure and “acts of God”.

Can a Parked Car Catch Fire?

A car does not have to be running to catch on fire. Although the majority of car fires start from heat the engine or running parts generate, a parked car can catch fire. Exterior car fires could start from vandalism or exposure to natural elements, for example. A fire could also start under the hood from a gas leak even if the vehicle is not running. A gas leak in the engine compartment or near the exhaust pipe could spark a fire if the surrounding elements are hot. Electrical defects such as problems with ignition switches could also spark parked car fires.

Does Fire Damage Total a Car?

Whether or not a fire totals a vehicle depends on the situation, the extent of the fire and its cause. If you notice smoke rolling from your hood or see flames, pull over immediately and turn off the engine. Do not open your hood, as the air could cause the fire to spread. Exit your vehicle as quickly as possible and call 911. A vehicle that is on fire could potentially explode, so stay far back (at least 100 feet away) while you call the police. In most cases, a car fire will lead to a total loss – more damage to your car than is worth repairing. Minor fires, however, may only cause repairable damage.

How Can a Lawyer Help After a Car Fire?

Contacting an accident attorney can help you navigate the insurance claims process after a car fire. Another party’s insurer may owe money for your damages if that person caused the car accident that led to the car fire. If a vandal caused the fire, comprehensive coverage may pay for your losses. If you accidentally started the fire, comprehensive may also pay to repair the damages. Someone else could owe you money for a car fire if a defective vehicle part sparked the flames. An injury attorney can help you determine the cause of the car fire, identify the defendant and litigate a damage claim.