What is Breach of Contract? 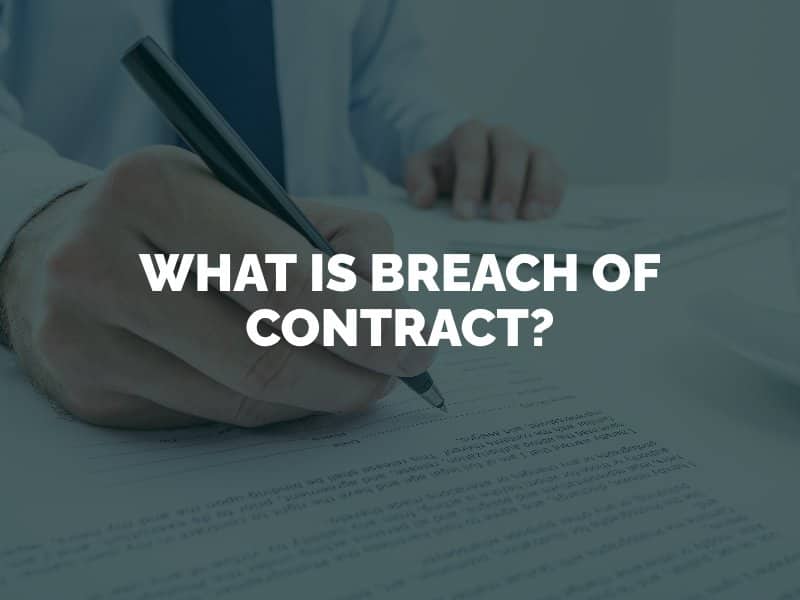 Understanding How a Breach of Contract Occurs

Contracts are very common, but often, they are mired in legal language that can be difficult to understand. It should come as no surprise that breaches of contracts are also not uncommon. Sometimes, contracts are pages and pages long, and the details can get lost as days go by after signing the dotted line.

A breach of contract will occur anytime a party involved in the contract fails to uphold their end of the obligations stipulated in the signed agreement.

The Consequences of Breaching of Contract

When a person enters into a legal agreement with another party, the contract will often stipulate the consequences of breaching the agreement. For example, a contract may say that one party is required to pay a fine for being one day late on a payment that is supposed to be made to a party. Other consequences could include clauses to immediately end the contract. Essentially, there could be any type of consequence written into a contract, so long as the parties involved agree (within reason and so long as the consequences are legal).

If a breach of contract does occur, the first step is not generally rushing to court. Often, the parties involved will come together and either work to find a solution to the breach or to create a new contract altogether, taking into account anything that has arisen since the original contract was signed. In the event a new agreement cannot be reached, the next course of action could include mediation, arbitration, or a lawsuit in civil court.

Types of Breach of Contract

Some of the various types of breaches of contracts include:

A minor breach of contract could include something like one party delivering goods or services, but not delivering on time. This is particularly important if the contract does stipulate that time is of the essence, and the deadline is missed.

An anticipatory breach of contract occurs if one party knows that they will not be able to fulfill their part of the contract in advance.

An actual breach of contract happens when one party completely fails to meet the terms of the contractual obligations. The other party will then have to decide what is the best course of action to take from there.