What is the Assumption of Risk?

There are times when individuals sustain injuries caused by the negligence of others, but there are also scenarios where injury victims actually “assumed the risk” of undertaking a certain activity, which means they will likely be barred from recovering compensation for their injuries. Assumption of risk occurs when a person voluntarily exposes themselves to a known danger, and because this was voluntary, it will likely prohibit them from moving forward with a personal injury lawsuit against another party related to the incident. 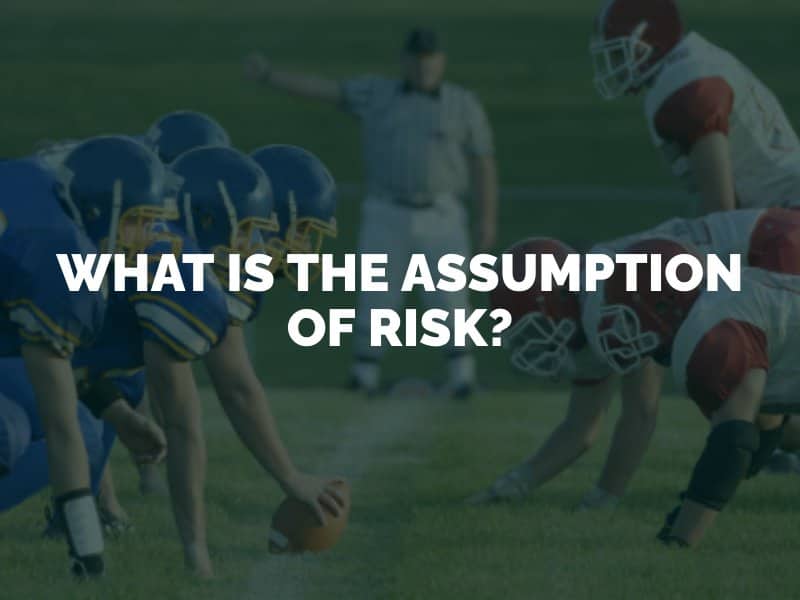 Express assumption of risk is just that, a person that has expressly assumed risk for a potentially hazardous activity they are about to undertake. When a person is taking part in an activity and expressly acknowledges that they are aware of the potential hazard, they will typically sign a liability waiver stating as much. This liability waiver will allow them to participate in said activity.
Individuals can sign waivers in a variety of situations. It is not uncommon for sporting event tickets to include a waiver of liability. Renting a vehicle also means individuals sign waivers of liability. Other times where a person will expressly assume risk include bungee jumping, skydiving, renting a boat or jet ski, going on a cruise, receiving medical care, riding rides at amusement parks, and more.

When a person has expressly assumed risk for an activity, this limits their options to recover compensation if they gain an injury during the activity. There are exceptions to this, particularly if the injury occurs as a result of the gross negligence of another party involved.

Implied assumption of risk occurs when a person decides to knowingly participate in a potentially dangerous activity and does not necessarily give a written or verbal agreement before proceeding. However, it is generally understood that the individual knows about the risk and decides to move forward anyway.

For example, individuals typically do not sign a waiver before they play a pickup basketball game at the local park. However, there is a known risk of sustaining various types of injuries when participating in basketball games.

Can Others Still be Held Liable?

Yes, individuals may still be able to file a personal injury lawsuit against other entities or individuals if they sustain an injury, even if they assume risk. Even though recovering compensation will be more challenging if a waiver has been signed and express consent has been given, this is for a jury to decide.

A person can file a civil personal injury lawsuit with the help of an injury lawyer against another party if they believe that the negligent actions of the other party caused the injury. There are generally three factors that will be examined when determining whether or not a waiver is enforceable:

As we mentioned above, individuals can still be held responsible for their actions if they negligently, recklessly, or intentionally caused harm to another party, regardless of the level of risk that was assumed by the injury victim.