When a person sustains an injury caused by the negligence of another individual or entity, they absolutely deserve to recover compensation for their losses. However, when a settlement is made, does that settlement become part of the public record? This is important to understand, particularly when it comes to protecting your privacy and preventing other individuals know that you have stayed a sizable settlement as a result of your injury claim. 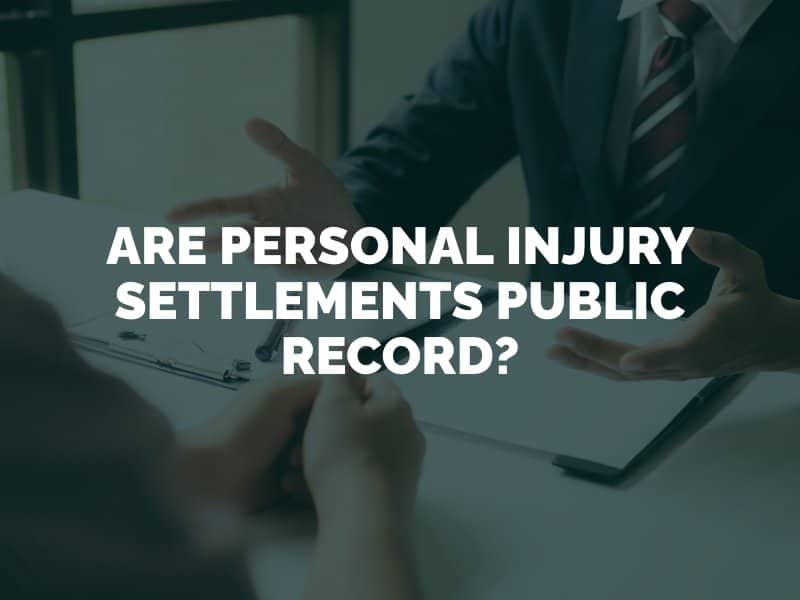 Settlements are what happens when a claim is settled between an injury victim and an insurance carrier or other private entity. When this occurs, it means that the case did not go to the courtroom and has typically not made it in front of a jury. When a case is settled between an injury victim and insurance carriers or with another entity, this means that it is not going to be part of the public record. All records related to the settlement will be sealed, and no other individuals aside from those involved in the case will be able to see the results of the settlement.

During the course of the civil lawsuit process, negotiations may still continue with the parties involved, and if the case is settled before a jury trial becomes necessary, the matter will still be private and not part of public record. There will be a record that a lawsuit was filed but that it was settled before a trial became necessary.

If the case goes to a jury and a jury rules one way or another, their ruling will become part of the public record. If a plaintiff is awarded damages, the total amount of damages will also be made public.

What Information is Part of the Public Record?

Various types of information will be made public throughout the course of a personal injury lawsuit. The public will have access to many details pertaining to the case, particularly as they come out in court and after the case is finished. This includes: