What is the “Last Clear Chance” Rule in Personal Injury Law?

When engaged in personal injury litigation, it is important to understand legal concepts that relate to your case. The “last clear chance” rule is one such concept that should be understood in order to maximize your ability to navigate the claims process effectively. This rule has its origins in common law, meaning it is defined by court decisions made over the years, rather than specific statutes. 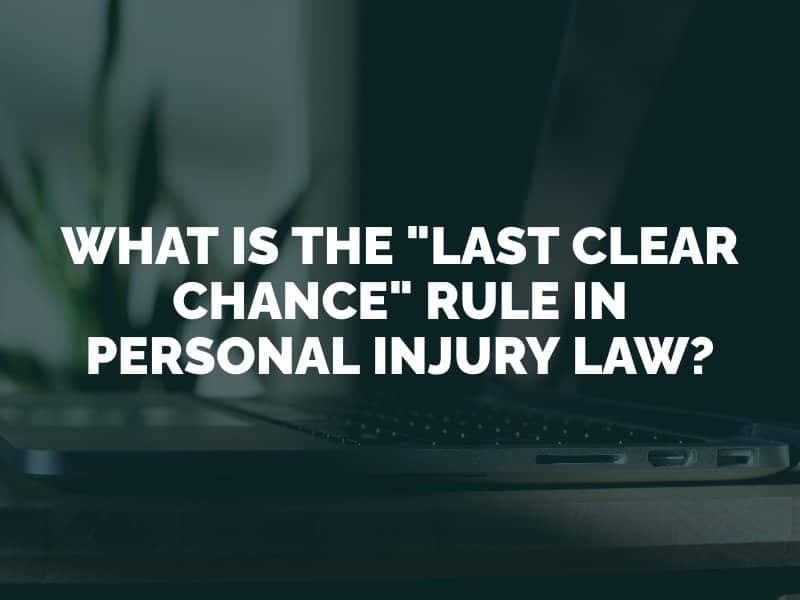 In instances where the plaintiff was negligent in some form leading up to an accident that caused personal injury, the last clear chance rule states that the negligent plaintiff is obligated to prove that the defendant was the last party to have an opportunity to change course and avoid injuring the plaintiff. This rule is different depending on what state you are in, but generally, it implies that negligent plaintiffs are entitled to recover compensation from defendants who had the opportunity to avoid an accident completely but did not exercise the reasonable care needed to do so.

How to Employ the Last Clear Chance Rule

Although the last clear chance rule varies in nature from state to state, there are typical methods of effectively employing this rule to win a personal injury case. Usually, plaintiffs must prove the following:

In a sense, this rule requires that plaintiffs were not the last party with an opportunity to avoid the accident. Rather, the defendant was, meaning their negligence caused the accident. Though, proving this takes skilled legal knowledge and a range of expertise. So, it is suggested that you retain counsel from an experienced personal injury lawyer to fight for compensation using the last clear chance rule.

The Fang Law Firm is familiar with both comparative negligence laws and the last clear chance rule as they apply to personal injury cases. To learn more about how you can leverage these laws to increase the likelihood of success in your claim, contact us by submitting the contact form on this page.