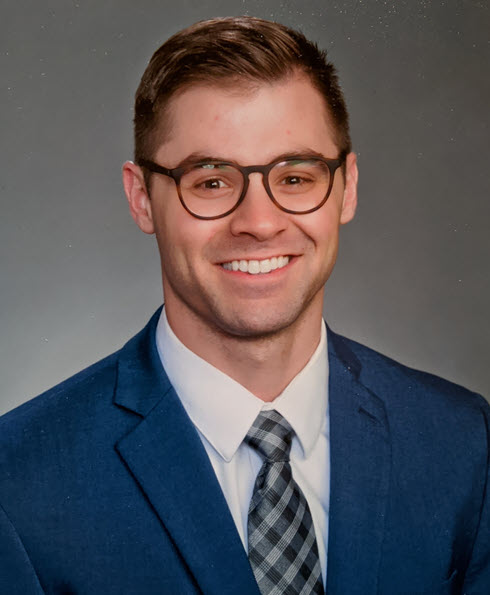 ...the importance of accountability, compassion, respect, and—above all else—treating every person fairly and equally.

...the importance of accountability, compassion, respect, and—above all else—treating every person fairly and equally.

Before coming to Colorado, Gianni never stayed in one place for too long. His parents were dedicated to providing the best life they could for him and his two older brothers, so they seized every opportunity to achieve their goal. Gianni was born in Jacksonville, Florida, but since then, he has lived in five other states (including Colorado) and a total of eight cities and towns, ultimately attending four different elementary schools, one middle school, and two high schools.

Moving so often can be challenging and difficult for a child to manage, but Gianni is grateful for his nomadic childhood because it shaped him into who he is today. Frequently being “the new kid” at school, Gianni learned how to interact with children from different backgrounds and integrate himself into new communities. Through these experiences, he gained resilience and learned to empathize with others, but Gianni’s parents ensured that he understood the importance of accountability, compassion, respect, and—above all else—treating every person fairly and equally. Gianni believes that these are essential characteristics that a personal injury attorney should possess, and he views his role as an advocate for injured persons as an opportunity to administer these values.

Gianni received a B.A. in Political Science from Virginia Tech in 2017, and he subsequently attended the University of Denver Sturm College of Law to earn his law degree in 2020. While in law school, Gianni was a student-attorney in Sturm’s nationally-ranked Environmental Law Clinic, where he represented community groups from various demographics to challenge oil and gas developments in their neighborhoods. Gianni gained significant litigation experience and argued complex issues of first impression under Colorado state law, and he culminated his clinical experience with an oral argument in the Colorado Court of Appeals, becoming one of the few law students to ever argue in the Court. In his final year of law school, Gianni helped lead the University of Denver to the semi-finals in the National Environmental Law Moot Court Competition.

Gianni’s experiences qualify him as a skilled, competent, and empathetic attorney who strives to achieve the best outcomes for his clients. If you’ve been injured and wish to speak with a personable attorney, call The Fang Law Firm.